Helen (Goldie Hawn) and Madeline (Meryl Streep) are former high school rivals who once again come to blows over Helen’s fiancé Ernest (Bruce Willis): Helen loves him, while Madeline craves his skills as a plastic surgeon. Ernest picks Madeline. Flash forward fourteen years. Helen is a gorgeous, famous author, while Madeline and Ernest are aging poorly and hate each other. It turns out Helen has taken an anti-aging serum, which Madeline discovers. They butt heads once again when Helen convinces Ernest to kill Madeline, culminating in a battle royale. 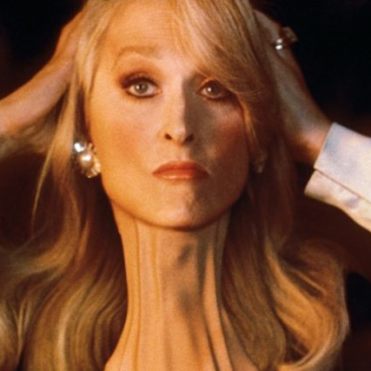 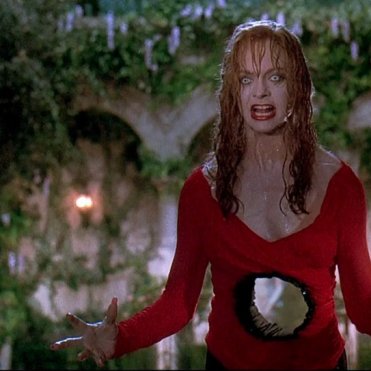 The most striking thing about the film for me is its satire of Hollywood and its rules about aging. The message is that trying to stay young forever is unnatural and impossible. In the movie, losing the ability to age also comes with no pulse or heartbeat. There are allusions to Frankenstein and characters are consistently spouting lines like “Screw the natural law!” and “You’re in violation of very natural law that I know!”

Aside from theme, I find there is a lot to like. The special effects are great for the early ‘90s. I genuinely find the film funny. I particularly enjoy Bruce Willis as the wishy-washy Ernest—he’s barely recognizable playing against type. This movie has a lot of nostalgia for me; I can still remember going to the now very defunct Video Scene and picking it out shortly after it was released.

I loved it then, and I love it now. Tales from the Crypt fans, take note that Death is directed by Robert Zemeckis, long-time producer and sometimes director of the show, and the cast features no less than four guests of the show. Check it out if you’re in the mood for a clever poke at Hollywood that’s darn funny.