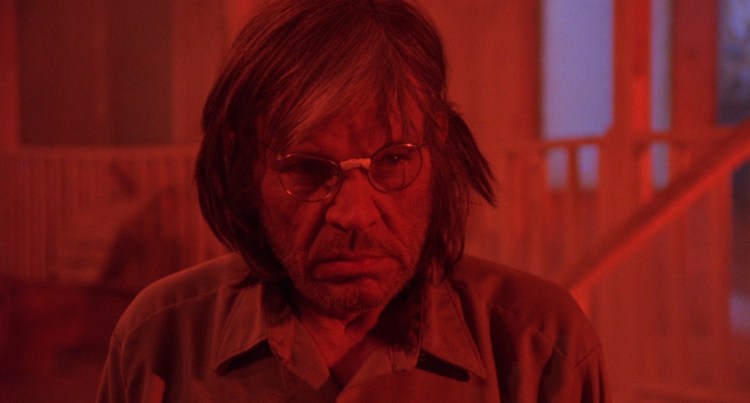 Judd (Neville Brand) is a cranky loner operating a rundown bayou hotel. He also kills people and feeds them to his pet crocodile. He has his hands full when a dysfunctional family of three as well as the sister and father of one of his victims rent rooms. Then there’s Buck (Robert Englund), a stubborn redneck who won’t leave him alone. What’s a business proprietor to do when all of his patrons are begging to be crocodile food?

It sounds like a conventional slasher movie, but it’s no more mundane than director Tobe Hooper’s earlier film The Texas Chainsaw Massacre. The plot is fairly simplistic (Judd doesn’t even have a back story—he’s apparently just crazy), but the characters are interesting. It’s not just a hack-and-slash; there’s development. There’s less nudity than one might expect, given that the very first shot is of Buck’s crotch. It also doesn’t have the familiar, predictable feel that slasher movies often have, maybe because Judd spends much of his time singing and muttering gibberish. The father of the family has a ranting scene complete with squealing that’s reminiscent of David Lynch movies.

It’s very dark and atmospheric, from the tragic, miserable characters to the dim lighting and occasional use of a filter that makes everything look red. Judd doesn’t seem to enjoy what he does; he seems to see it as necessary—he’s almost like his crocodile in that he kills to live. The film looks cheaply made, but doesn’t rely much on special effects. I wouldn’t go so far as to call it feminist, but many of the women are resourceful and tend to outlive the men. Overall, the acting is decent, and the writing is solid. Check it out if you’re in the mood for country folks and killer beasties. Watch for Chainsaw‘s Marilyn Chambers as well as the first Morticia, Carolyn Jones.