Lindsay (Elizabeth Rice) is a Christian teen in Small Town, USA. Suddenly, apparently because of a curse, teenagers are killing themselves faster than fashion dictates change. It seems that evil apparitions that look like the victims are killing them. The town points its collective finger at Lindsay’s schoolmate Aiden (Thomas Dekker), the son of a woman who was supposedly a witch. Lindsay and Aiden (to the displeasure of Lindsay’s staunchly right-wing boyfriend Dylan, played by Kelly Blatz) team up to solve the mystery.

From Within was recommended to me by my sister Leslie, who was interested in my take on it. My verdict is: annoying. I didn’t look kindly on the unlikable characters such as Lindsay’s drunken mother (or big sister, whatever she is) or the sanctimonious Dylan or even Lindsay—she struck me as whiny and helpless. Naturally I should like Aiden, who reminds me of the company I kept as a teenager—goth outsiders. Alas, I didn’t like him much either; maybe he looks too much like Garth Brooks’s alter ego Chris Gaines. See? 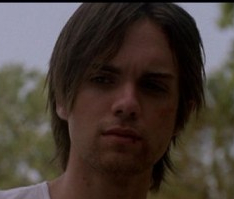 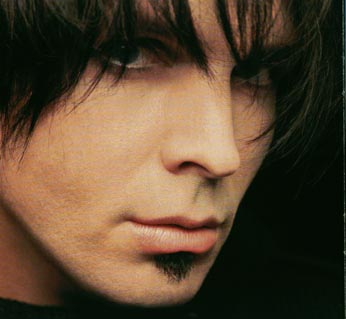 In addition, there are plot issues like the question of how Aiden and his younger brother were supporting themselves after their only parent died, and why a witch would want to move to close-minded hick central. Though the portrayal of witchcraft in the movie is inoffensive, it’s still hokey, and it’s clear no one did any research on actual witches.

Gripes aside, I have to admit I liked it better the second time I saw it. It has a few creepy moments, for example when Lindsay’s friend Claire is standing in the bathroom, gazing at herself in the mirror. Suddenly, Claire emerges from a stall, revealing that we had actually been looking at her doppelganger. I like the disturbing twist ending; it concludes the movie with a bang. I also enjoy the irony that Aiden tries to protect Christian Lindsay with a magic spell.

The motif of the victims seeing doppelgangers and reflections of themselves doing ghastly things is quite similar to Mirrors; I’m not sure whose idea was first, but I have to give credit to From Within for being released about four months earlier (thank you IMBD)—though technically Mirrors is a remake of a Korean movie. Check it out if you’re in the mood for reflections and Jesus (and reflections about Jesus).