Korean movie, AKA The Ghost, AKA Ryeong. Ji-won is a college student with amnesia. She starts having visions of an angry spirit coming to get her, but doesn’t remember what she did to cause it. She’s approached by Yu-jung, one of her old friends from high school, who helps her gradually recall that she, Yu-jung, and their two friends Mi-kyung and Eun-seo were stuck-up and mean back then, particularly to a poor girl named Su-in, who mysteriously disappeared. As her friends start dying, Ji-won needs to uncover the rest of her past if she doesn’t want to join them. 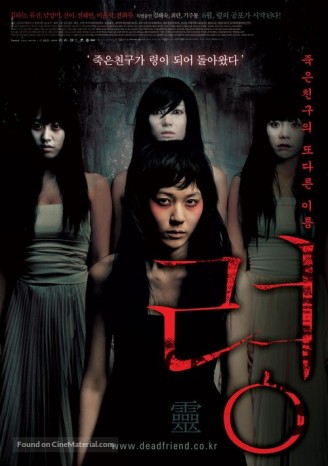 I’m used to a higher level of quality from Eastern horror films than Western, so the occasional bouts of overacting in the film are disappointing, but forgivable. As per usual, there’s no romantic subplot; unlike in an American movie, Ji-won’s male platonic friend stays that way. (Though I’m still unsure why he’s there in the first place—he doesn’t do much of anything.) 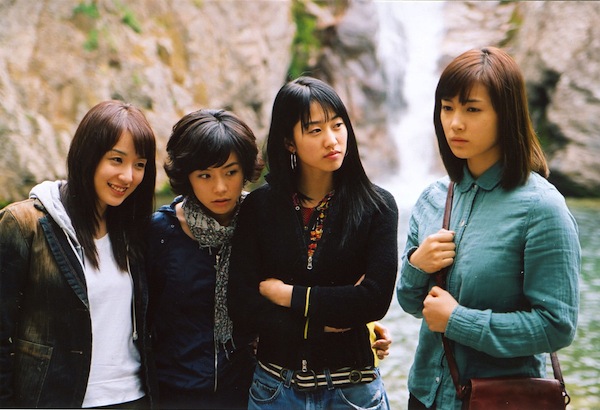 There are some creepy moments, like when Eun-seo discovers her sink is clogged with a large mass of hair—ew! There are also some funny moments, like when Eun-seo’s teenage sister Eun-jung (not to be confused with Yu-jung) and her friends play with a Ouija board: “Ask what’ll be on the finals.” “How will the ghost know that?” “Because it’s the ghost!” All such moments combined, it’s eerie, well-written, and has a neat twist.