Brian (Fred Savage) is a young boy with a peculiar problem; he’s getting in trouble with his parents because Maurice (Howie Mandel), a monster, is stealing things and making messes, and Brian is getting blamed for it. Brian traps him, looking for an explanation, and they become friends. Maurice brings Brian to his world, where there are no rules, and making mischief is a way of life. However, the longer Brian stays there, the more he starts turning into a monster himself. Meanwhile, Maurice’s evil king, Boy (Frank Whaley), has set his sights on Brian as a permanent playmate, and kidnaps his little brother Eric (Ben Savage) as incentive. Brian and his friends have to go to the monster world and save Eric in the short amount of time before Brian changes into a beast.

This one might not be for the very young crowd. Even I found Boy a little creepy, and that was before he tears his face off. Here he is, with face and sans face: 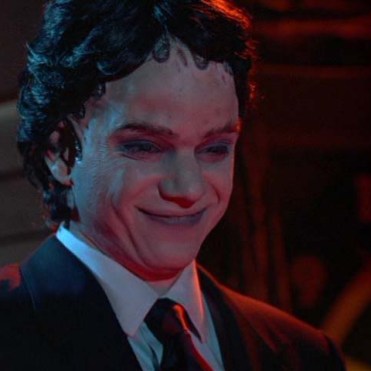 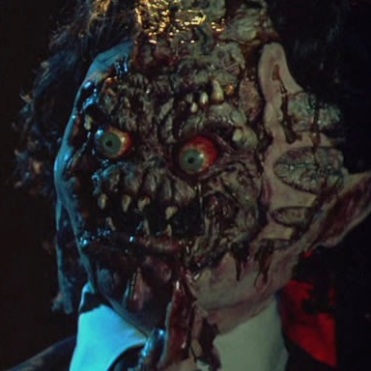 Some may be scared by the violence and disturbing images (like a monster kid who gets decapitated—it doesn’t kill him, but it’s less than pleasant). Then there is smoking, talk of Brian’s parents getting divorced, and Maurice peeing in a bully’s apple juice bottle—which the kid drinks. Finally, the film has a lot of swearing, including the words hell, damn, piss (as in, “Who put piss in my apple juice?”), and shit. They’re used not just by adults, but by the young main characters.

But all of the no-nos aside, there is a moral lesson to be had. Pinocchio-style, Brian is tempted to go to a land where kids can do what they want all day. He learns a similar lesson: rules are good, and in place for a reason. Brian decides he’d rather live in a world where adults have power rather than him. So if it encourages children to curse (and leave urine where they shouldn’t), it ultimately tells them to behave. Overall it’s pretty original, the acting is decent, and the special effects are good for the late ’80s. Give it a look if your young’un is in the mood for spooky fun. And the most ’80s movie posters ever!

Most ’80s movie poster ever 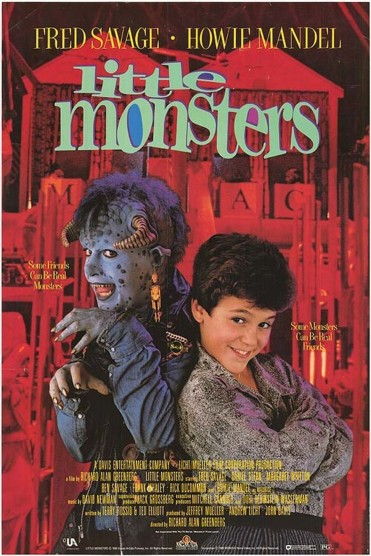 No, wait, this one is