It’s been a long road for depictions of LGBTQ people in the movies. From the beginning of film history, men who dressed as women were depicted as a joke. As Quentin Crisp said, “There’s no sin like being a woman.” There is still a lot of room for improvement, especially in the department of genuine LGBTQ actors playing LGBTQ roles–you’ll notice that every single one of these dudes identifies as heterosexual–but here are ten instances when actors–most best known for their manliness–really nailed being a lady. 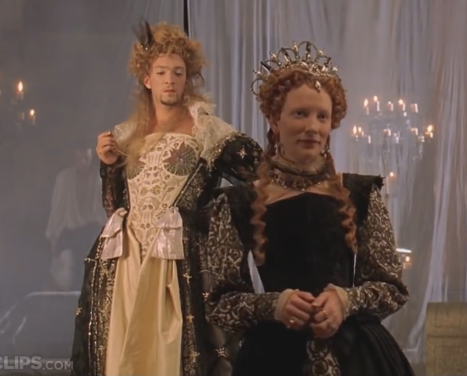 The French Cassel here plays the Duc a’Anjou, a potential suitor for Queen Elizabeth. He also likes to play dress-up in beautiful gowns. Elizabeth is less than pleased, but despite the facial hair, he’s rockin’ that dress.

The ultra-masculine and tall Schreiber makes a handsome woman. His mopey, lovelorn performance in Mixed Nuts is progressive for the time period (1994), but is a little offensive today. In one scene his character Chris guilt-trips Philip (Steve Martin) into dancing with her, and Philip pointedly dances with his hips as far out as he can get them to avoid touching her. Louie (Adam Sandler) fancies Chris, and sings her a song. In Taking Woodstock (2009), his Vilma is much more self-assured.

With his warm, buttery voice and zaftig frame, DeLuise makes a gorgeous, dignified lady. In murder mystery Haunted Honeymoon, he plays Aunt Kate, a performance he based on Ethel Barrymore.

7. Guy Pearce–Priscilla, Queen of the Desert 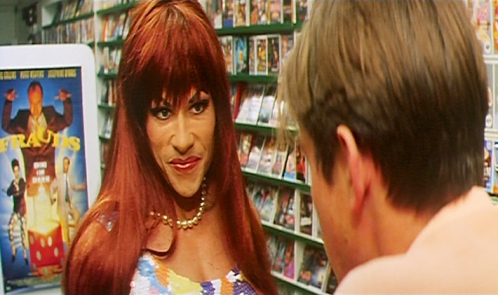 Before he was established as a man of action in films like Memento and The Hurt Locker, Pearce starred as exquisite, sassy drag queen Felicia, who’s taking a tour of the desert with pals, one another performing drag queen (Hugo Weaving) and one who is transgender (Terrence Stamp).

Before Night Falls is the story of gay Cuban writer Reinaldo Arenas, who wrote the source book while in jail. Depp is Bon Bon, a sexy queen who smuggles out Arenas’s manuscript. (Depp also doubles as an official who deems Arenas worthy (unworthy?) of being shipped to America for being gay.) 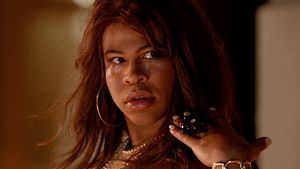 Acclaimed director Peele was not so very long ago the co-host of a delightful sketch comedy show with Keegan-Michael Key. Both guys played female characters pretty regularly, but Peele stands out as the more beautiful of the two. His most famous performance as a lady is Meegan, an easily offended gal who’s always pissed at her well-meaning boyfriend (Key).  She’s fussy but oddly alluring. 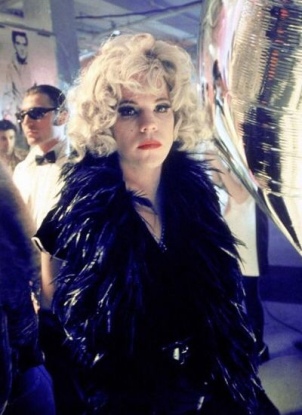 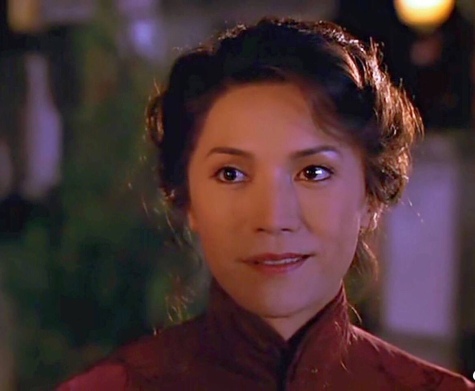 Lone is possibly the least well-known name on the list; his filmography contains a lot of gaps, and doesn’t list anything after 2007. However, his turn as female performer/spy Song Liling in M. Butterfly is imminently memorable. Song charms French diplomat Gallimard (Jeremy Irons) into believing he’s a woman, and Gallimard falls for him hard. Who wouldn’t? 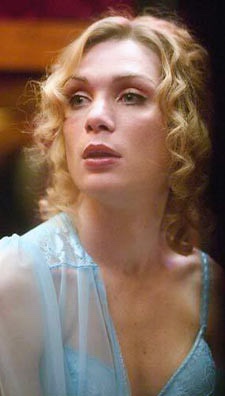 Murphy made a splash in the acting world playing a menacing villain in Red Eye, as well as menacing villain Scarecrow in Christopher Nolan’s Batman reboots. But in Breakfast on Pluto he portrays adorable, willowy Kitten with aplomb. 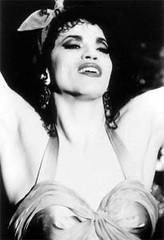 Of the three main actors in the film playing lovely women, Leguizamo stands out as the most natural. Patrick Swayze and Wesley Snipes, best known for playing ladies’ men and action roles, respectively, do a great job of playing drag performers, but Leguizamo has it all: the shape, the hair, the sexy voice. The movie is now pushing 25 years, but it’s one of the greats.