Alvin Schwartz’s series of three Scary Stories to Tell in the Dark books were published nearly forty years ago, and generations of people have grown up reading them. Now imagine the pressure of adapting those beloved books into one movie. Consider that the stories in the book are based on folklore and urban legends, and are not a continuous narrative; imagine not structuring the movie anthology-style, but shaping it into a tale about a group of friends and a misunderstood ghost. Imagine trying to fit in issues of social justice like racism, when the books contained none. Imagine making it PG 13 to appeal to teens, and bringing to life some of the most gruesome creatures ever committed to paper, without overusing CGI in favor of practical effects. Okay, that’s me trying to be calm and understanding about a movie that managed to inspire me to feel sympathetic towards people who claim that something destroyed their childhood.

I saw the movie in the theatre with my two older sisters, Leslie and Suzy, who read the books as tirelessly as I did growing up. We were joined by Suzy’s daughter Zakura, who naturally read the books as well. (And Suzy’s friend Louis and Leslie’s boyfriend Kevin, who don’t contribute to the point I’m making but were delightful company.) We laughed all throughout. Especially at this poor creature, the Pale Lady, whom we impersonated after the movie, chasing each other with arms outstretched.

“BIG HERO 6” MEET BAYMAX — A robot named Baymax befriends robotics prodigy Hiro Hamada, and together—along with an unlikely band of high-tech heroes—they race to solve a mystery unfolding in the streets of San Fransokyo. “Big Hero 6” is in theaters Nov. 7, 2014. ©2014 Disney. All Rights Reserved.
Yes, she looks–and moves–just like Baymax. And yes, she loves hugs just as much. 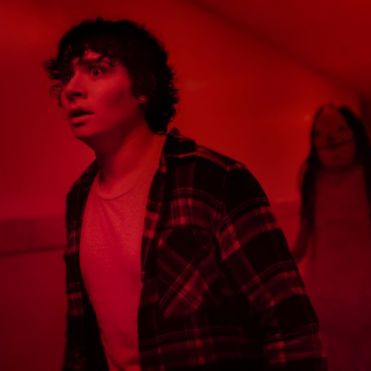 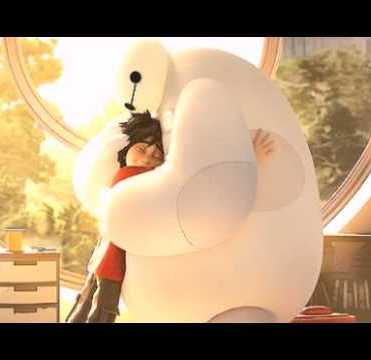 Look at this gentle smile. She’s adorable, not terrifying! 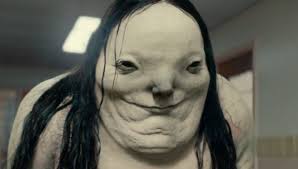 Let’s turn to Harold, easily the scariest character in a children’s book (or adult book, for my money) ever. He has a nasty habit of killing the farmers who mock him and drying their skins on a roof. Without giving too much away, this is not the fate of the stereotypical bully in the movie who hits him with a bat. It’s less gruesome, and nowhere near as delightfully traumatizing. 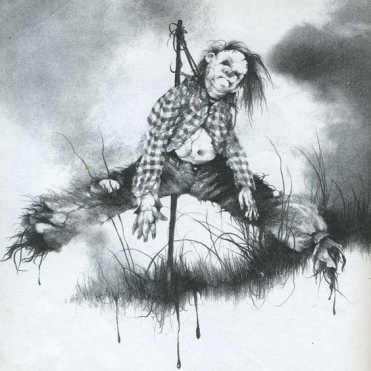 Which is the core of almost all of my gripes: it’s just not scary. There were a couple of moments that were mildly creepy, but that’s it. The use of the Big Toe story (if you’re unfamiliar with the book, it’s about a little boy who digs a toe out of the ground and eats it in soup–on purpose) was an odd choice, even with horror icon Javier Botet playing the owner of the big toe. A story about a random fellow dropping out of a fireplace and spouting gibberish is also used, this time probably improving on the scare value: 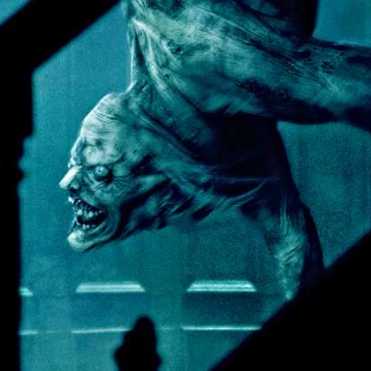 As I alluded to earlier, the plot is forced from loosely related stories to a singular plotline about teenage outcast Stella and her outcast friends who are trying to placate an erroneously maligned ghost that is inadvertently killing them. It’s nice to see unpopular characters in the lead, especially with a Latino dude as the love interest for the final girl, but the characters–even Ramón–are much-used cliches, especially that of Black-Lady-Who-Knows-Exactly-What’s-Going-On-Because-She-Used-to-Be-a-Maid-or-Nanny-for-the-Antagonist (or, alternatively, is involved in voodoo). When Stella waltzes into the woman’s house flippantly calling her by her first name like it’s not the 1960s (it takes place in the 1960s, by the way), I was bristling big time.

Despite Guillermo del Toro’s name being plastered all over it, his imprint (aside from Botet) is nowhere to be seen. I’d never call it a total waste of time; the acting is decent, which is more than you get from a lot of horror movies, for example, but it doesn’t live up to the hype. If you’ve never read the books, watch away–it’ll just be a creepy movie with cooler-than-average monsters.