Written by Neil Gaiman, with special effects by The Jim Henson Company, blending CGI with live action. Helena (Stephanie Leonidas) is a bratty teenage girl whose parents run a circus, which she hates (as she says, “I want to run away and join real life”). After her mother (Gina McKee) becomes sick (shortly following an argument between them), Helena finds herself in an alternate world where the queen (who looks exactly like her mother, natch) is dying. Helena, with the help of new buddy Valentine (Jason Berry), needs to find a charm to wake up the queen and simultaneously save her mother. Things are also complicated by the Anti-Helena (also Leonidas), a spoiled princess who takes Helena’s place in her world. 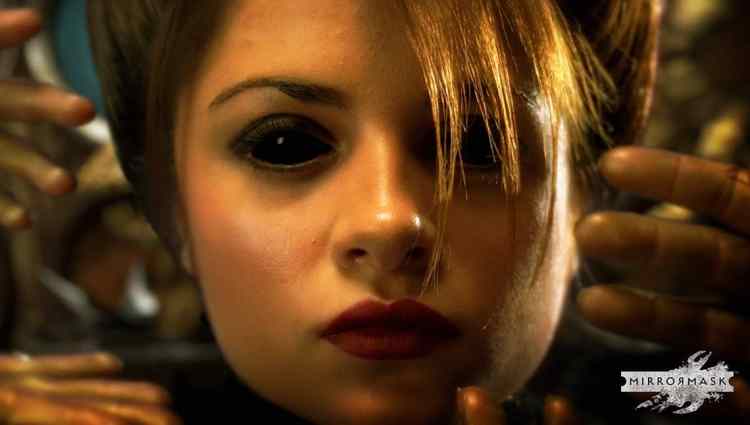 Mirrormask may not be for very young ones—it’s rated PG for “mild thematic elements and scary images.” Said scary images include an evilized Helena with no irises, spiders with eyes on them, and evil shadows that kill people (though not graphically). 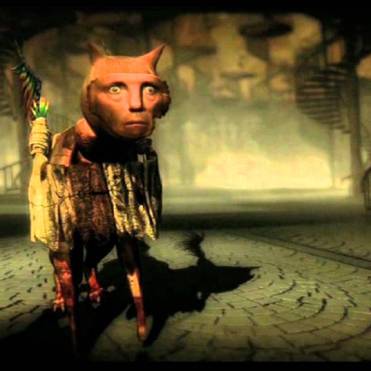 But on the whole there‘s little else to concern parents. Despite the somber subject matter, it is a family movie, and there is quite a bit of humor, for example Valentine teaching Helena how to get around: tell a book she hates it, so it will fly back to the library and she can ride it.

The visual effects in the film are stunning, from the live circus performances to the other world, where sphinxes eat books, books molt because they’re depressed, fish fly, and everyone wears a mask. For once, I don’t mind a lot of CGI, because everything looks amazing and beautiful.

There’s an obvious dichotomy present of good and evil, evidenced by the two worlds, reflected by mirrors. It’s interesting that the balance of the two is discussed (as the world runs best when good and evil are balanced) rather than good simply conquering evil. There is also a theme of being able to control one’s own destiny. Give it a look if you’re in the mood for a tale that’s entertaining, involving, and not sappy.