America, 1973: mother Patricia (Patricia Velasquez) has issues with alcoholism, which isn’t helped by angry spirit La Llorona targeting her two sons. When her well-meaning social worker Anna (Linda Cardellini) takes the kids away (Patricia had been hiding them in a closet), La Llorona gets them, which makes Patricia less than pleased. In fact, she sics La Llorona on Anna’s two kids, Samantha (Jaynee-Lynne Kinchen) and Chris (Roman Christou), leading Anna to seek help from curandero Rafael (Raymond Cruz).

It’s common in horror movies for aspects of other cultures to be used as extra horrifying for white people, like in The Grudge or The Other Side of the Door. At least the white lady in this case has two mixed-race kids, but her Latino husband is dead before the movie starts. Sean Patrick Thomas has a small role as the husband’s former colleague, but he doesn’t do much. But *spoiler alert*–he doesn’t die saving the white people, which is what you might expect from the folks who made the Annabelle series. The movie was not made with a Latinx audience in mind, despite capitalizing on their culture.

The premise is disturbing, but only really shocking enough for an R rating if you’re totally unfamiliar with the legend. In which case, Father Perez (Tony Amendola), who seems to spend his time wandering around looking for puzzled gringas to explain things to, tells Anna (and us) all about it: 300 years ago, in Mexico, a woman whose husband was unfaithful killed their two children out of spite, instantly regretting it. She still wanders around crying and taking other peoples’ kids to try to replace hers. For the non-Hollywood version, you can go here. 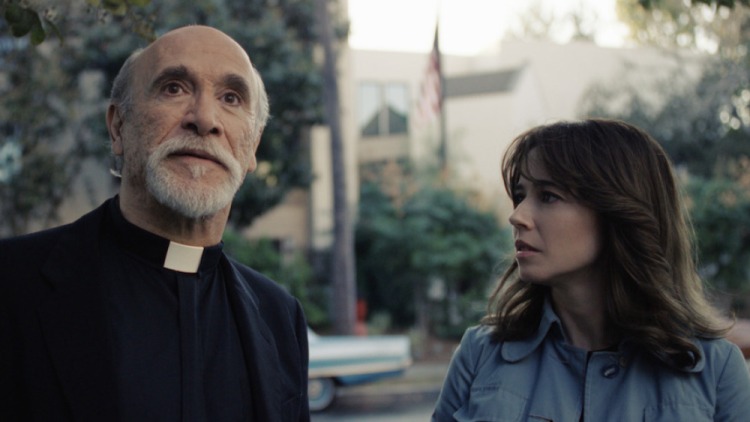 The movie is not scary. Not even close. The Waniverse clearly needs the Warrens’ direct involvement in the movie to be scary; they save their best villains for Vera Farmiga and Patrick Wilson. There’s a lady in a white dress with yellow eyes. That’s it. I had to laugh at the scene when Rafael secures the front door with magic seeds, and seconds later, La Llorona just tries the back door. Then again, she is foiled by a standard chain lock. My favorite scene, which is intentionally funny, is when the family pooh-poohs Rafael’s method of checking for the presence of an evil spirit by rolling eggs on various surfaces in the house. (Most ungracious, fucking white people.) Rafael cracks one, and black sludge, followed by steam, comes glopping out. Anna, unimpressed, states, “I saw that on Johnny Carson.” Then three other eggs start vibrating, and they all explode, spraying Anna with goo. “Ta-da,” deadpans Rafael.

I didn’t hate it. Despite my gripes, anything with James Wan’s influence is apt to be at least watchable. There’s a nice score by official Waniverse composer (and Lipstick Demon) Joseph Bishara. Give it a look if you’re in the mood for something entertaining. Hell, Rafael is worth the price of admission.